We have had an incredibly busy month here at Grimm & Co, and the elves are definitely in need of a resting potion!

That same week, we welcomed Jasper Space Dog to Grimm & Co!  Written to commemorate 50 years since the space landings, Jasper Space Dog is a beautiful book, written by Hilary Robinson and illustrated by Lewis James (former volunteer at Grimm & Co).  We were thrilled when Hilary got in touch to ask if she could launch her book from Grimm, and one lucky class from St Bede’s had a fabulous time thinking about space and what Cinderella would do on the moon!

April this year meant Easter holidays, so as well as apothecary activities (which included searching for dragon eggs, solving riddles and creating treasure maps), we held some fabulous out of school workshops!  A group of mini-mortals visited Media City in Salford to find out about the secrets of the BBC, and our wonderful patrons Jeremy Dyson and Paul Clayton delivered Writing for Radio Workshops to groups of rapt individuals.

It was also World Book Night this month (23rd April), so Grimm elves took to the streets and parks of Rotherham to give away brand new copies of Orphan Monster Spy to encourage reading for pleasure.  We also gave away Time to Read packs for our younger readers.  Luckily, the sun was shining, and mortals all over Rotherham were treated to a free book.  Hope you enjoy reading it!

The shop elves were busy too, adding 17 new products to the tills!  These range from Tranquillity and Euphoria (apparently used as solid shampoo), to portable wishing trees and unicorn horn polishers!

Add to that an Arts Award graduation, visits from the Master and Mistress Cutler, 2 volunteer inductions, interviewing for a new chair of the board, an appearance on BBC Radio Sheffield and a cover article in the Yorkshire Post, and the Grimm & Co elves are exhausted!  Luckily we have a bank holiday during which we shall be sleeping! 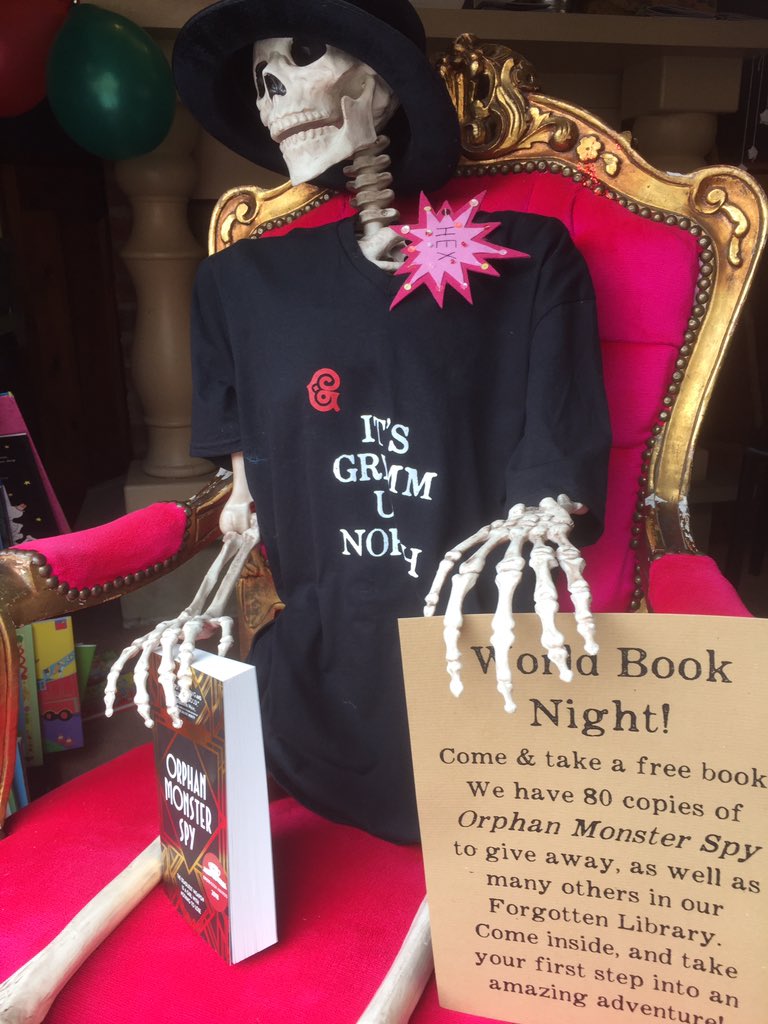