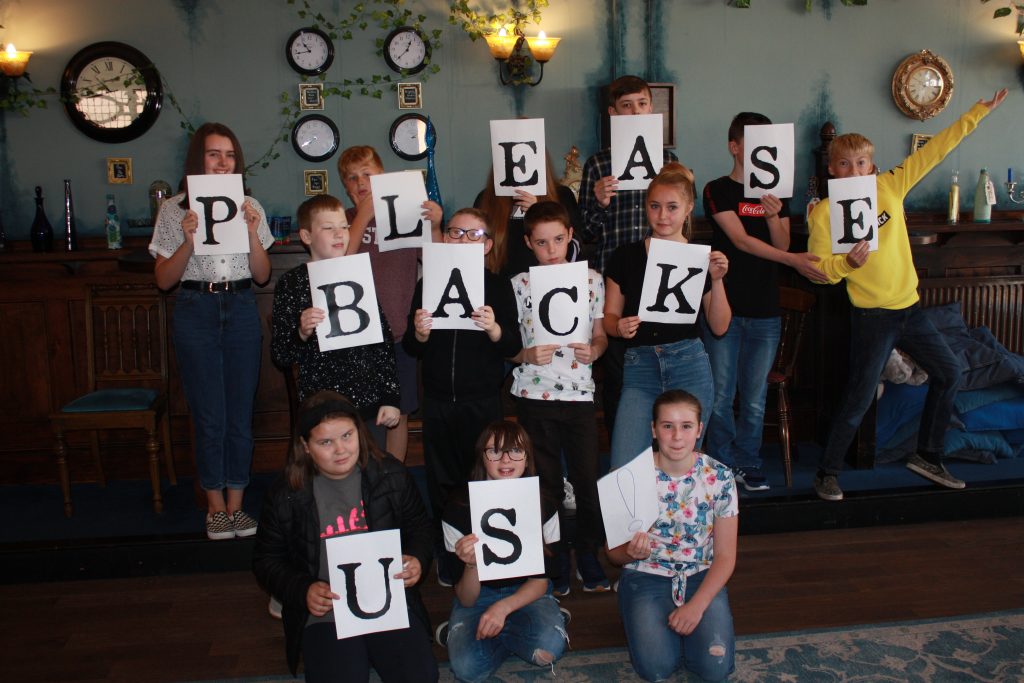 We have launched a very exciting kickstarter appeal to bring to life a game created by our Saturday club children.

A group of 19 young people aged 9-11 have created a hilariously original story-telling game, full of prodigious prompts to unleash the players’ imagination and get participants’ creativity cogs spinning.  We now want to bring this to life, and need the help and support of the public to raise the £5,000 needed to do this.

Twists and Tales will contain 200 unique cards, each featuring an original and unusual creative idea created by the game’s young makers, with characters such as Fiona (a multilingual toilet door who’s unfortunately unable to use her linguistic talents) and Alex (an invisible 41 year old piece of chewing gum who is aging backwards), and plots that include two pieces of luggage falling in love in an airport, but getting separated on the conveyor belt, and a squirrel thief stealing a precious magical artefact. These cards come in four different categories: characters; settings; objects; and story starters, and can be used to create the most amazing stories in a huge variety of ways.

The children and young people who created the game have designed it to be played in a huge variety of ways: by yourself or with others; competitively or collaboratively; by telling stories out loud, or by writing or drawing them. The aim was to make Twists and Tales accessible to as many different people as possible, taking the scariness out of having to come up with stories on the spot and enabling anyone to be able to spin a tall tale!

Louise, Communications Coordinator at Grimm and Co said: “The children have worked so hard on this project and are desperate to see it made into a real game. As a magical apothecary, we really want to help them make this dream come true.

“Our kickstarter appeal has already raised £2,534 and we now need our very kind supporters and the public to help.  Just a few pounds will make a real difference.”

The creators of Twists and Tales want supporters to back their game because:  “We have worked hard on our game and we have used OUR imagination,” said William, and “It’s pretty epic and you can make cool stories,” said Elliott.

In order to produce this brilliant game, we have launched a Kickstarter appeal, with some great, quirky rewards thought up by the children and young people in the workshops.   Here’s the link – please consider throwing a magic bean or two our way!  www.kickstarter.com/projects/grimmandco/twists-and-tales 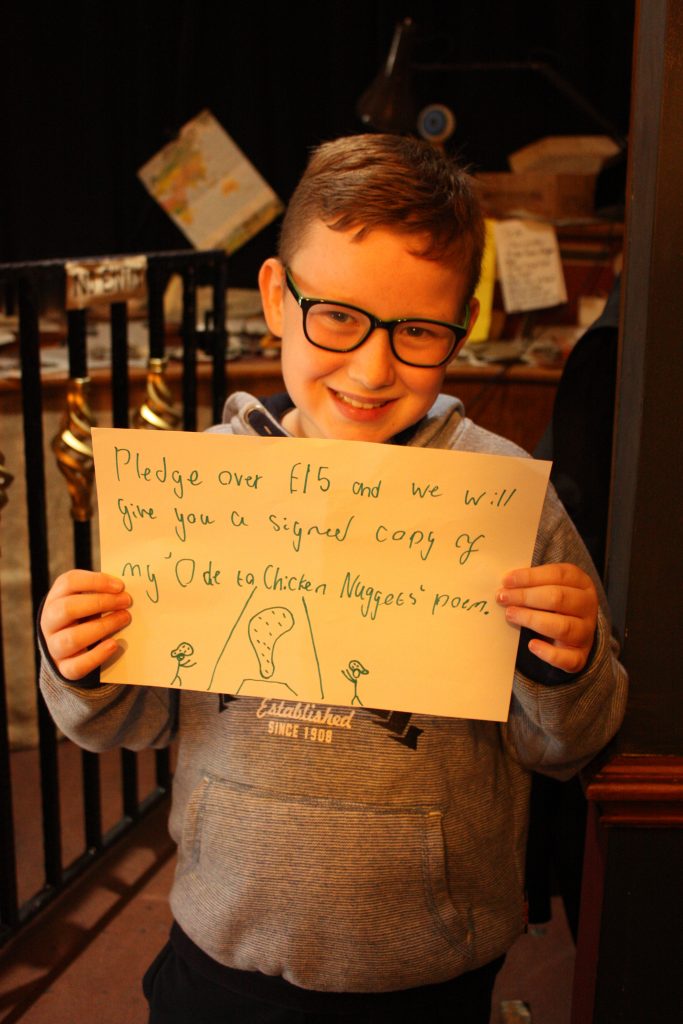