We are incredibly pleased and proud to announce that our CEO and Founding Director, Deborah Bullivant, has been named in the Queen’s Platinum Jubilee honours list.

Deborah has been awarded an MBE for her dedication to improving children’s life chances by raising literacy levels.  She set up Grimm & Co in 2013, to address the issue of low socio-cultural literacy levels in the region using arts-based learning, and created a magical, inspirational place for children to explore their creative side and develop their literary skills.

Grimm & Co opened the doors of the Apothecary to the Magical on 29th February 2016, and has since welcomed thousands of children and young people in, to enjoy free creative workshops that unleash imagination and spark inspiration.   We champion the writer in every child, and build confidence, self-esteem and skills in both workshops for schools and in out of school holiday clubs.

“I am truly humbled to receive this honour. Grimm & Co has been a real joy of a journey and seeing the thousands of children the charity has already helped has been wonderful.

“The charity is a real team effort and we’ve worked with wonderful partners and funders over the years who have helped us to achieve great things.

“Our big project now is creating our new home and we are working to develop a new inspirational, magical setting, an Emporium of Stories with feastery, book nook and lots of secret doors that schools and families will visit for many years to come. Alongside this development we are continuing to deliver schools and out of schools projects for children who really need our support.

“This is a real honour and one I share with many who have helped me to turn this dream of changing children’s lives, one story at a time, into a reality.”

Deborah has been named in the Queen’s Platinum Jubilee honours list and awarded the Member of the British Empire (MBE) title. 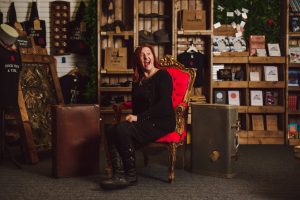 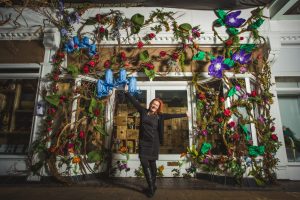 Thanks to RMBC Town Centre team for the photographs.